Tokken: A New Way of Paying it Forward

Tokken: A New Way of Paying it Forward

You may have read the book or seen the 2000 film adaptation of Pay It Forward, the story of eleven year Trevor McKinney, who is given a social studies assignment to “change our world and put it into action.” Trevor comes up with the idea of “Pay it Forward,” where he will perform 3 random acts of kindness and in return ask his 3 beneficiaries to each perform 3 more good deeds, “paying it forward.” Thus, overtime, Trevor’s three kind acts are multiplied infinitely.

But how does Trevor’s utopian idea relate to modern technology and the internet as we know it?
Tokken is IdeaNotion’s take on paying it forward in the 21st Century.

Tokken is a social web application that bridges real life altruism with the of benefits technological design, organization, and style. Companies using Tokken will have a more competitive edge because of tokken’s efficient means to exchange knowledge and ideas. For organizations, Tokken provides credibility, exposure, and expansion. And for the everyday user, Tokken is a new place to look for help, offer support to others, and contribute to their group or organization. 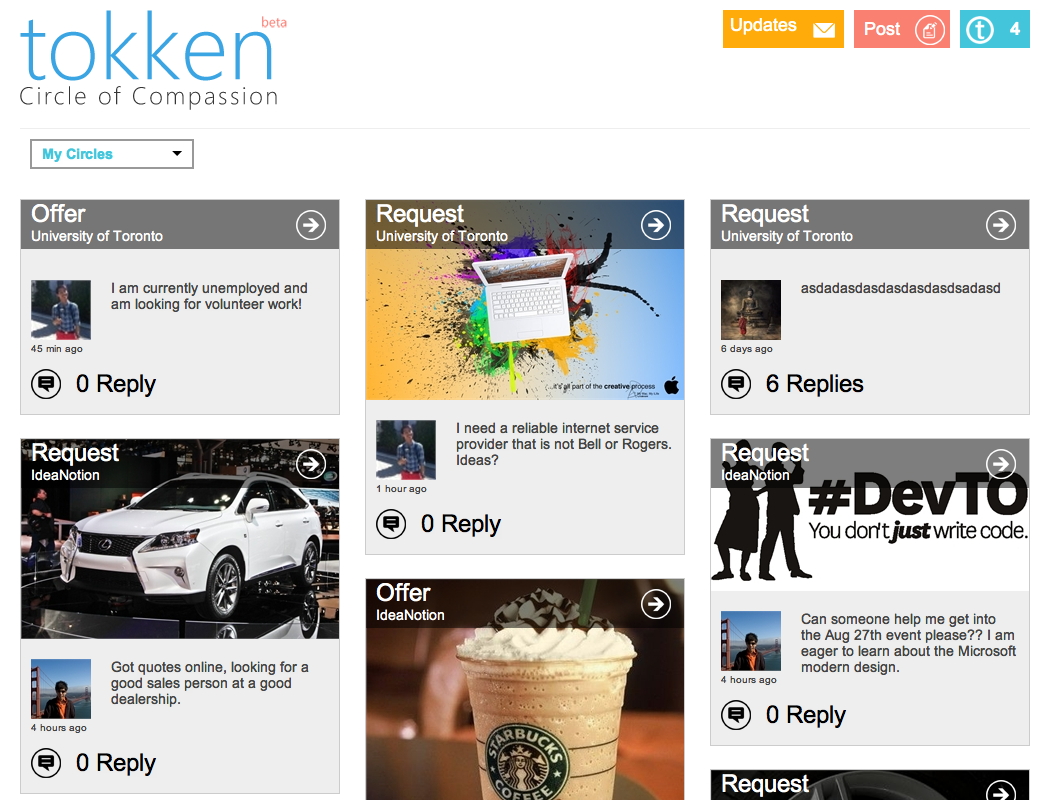 You might be wondering why IdeaNotion chose to create Tokken. In addition to the Pay It Forward idea, the IdeaNotion team was inspired by the principles of reciprocity, influence, and compassion. IdeaNotion believes that these principles are universally understood, and that people need an easier and more effective means to practice them. In short, people innately want to help one another, Tokken connects and enables these people to do just that.